Music of the imperial palaces

Music of the imperial palaces

This year for the fourteenth time the city will host the Palaces of St. Petersburg International Music Festival.

The festival runs from June 8 through July 12 and starts with a performance at the Philharmonic in the city’s historic center, in the building formerly known as the Noblemen’s Assembly. At the opening event, soloists of the Vienna Opera and the choir of the St. Petersburg Capella will perform Mozart’s Requiem. The performance will honor the composer’s 250th birthday, which is being celebrated throughout the world during the course of this year. 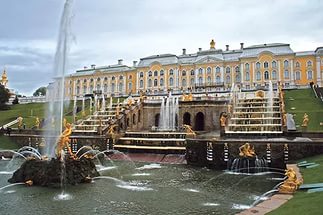 As always, the festival will attract the best music groups and soloists of Russia and the world. Featured at the festival will be the Russian premiers of seventeenth- and eighteenth-century European operas, as well as premiers of works by modern composers. The best palace interiors of the former imperial capital will serve as the setting for the festival. On June 10, the Golden Voices of Russia will perform vocal pieces by Verdi, Mascagni, Puccini and Tchaikovsky. On June 11, cello and vocal masterpieces by Dvorzak and Schumann will sound at the elegant Gothic Hall of the Marble Palace. On June 13, the Formazione Maggio Musicale Fiorentino and the Academy of Young Soloists of the Mariinsky Theater will perform outstanding opera arias at the newly restored Mariinsky Palace Rotunda, which is located near the Renaissance St. Petersburg Baltic Hotel. And on June 15, graduates of the oldest bel canto school, the Formazione Maggio Musicale Fiorentino, will perform solo works at the Polytechnic Institute.

On June 14, the Hermitage Theater will host a Bharatnatyam dancer and ensemble from India and the Xalapa Guitar Orchestra from Mexico. These groups will also perform on June 15 at the Gatchina Palace and on June 18 in the White Hall of the Great Peterhof Palace.

The festival will commemorate June 22 — the date of Hitler’s invasion of the Soviet Union and the start of the Great Patriotic War of 1941 -1945 — with a concert of sacred songs by the Moscow Candelmas Monastery Choir. This concert will also take place at the Mariinsky Palace Rotunda, near the Renaissance St. Petersburg Baltic Hotel. On June 24, Chiara Taiggi, dubbed the golden soprano of Italy, will demonstrate the best traditions of Italian bel canto in the Throne Hall of Catherine’s Palace at Tsarskoye Selo. On June 25, the elegant Rose Pavilion in the Pavlovsk Park will be the setting for a concert titled «From Handel to Gershwin,» with the participation of soloists from Italy and the United States. On June 27, the Menshikov Palace on the Neva embankment will host the Palace Bachiana, including Brandenburg Concerto No. 2 for trumpet and orchestra; the Cantata for trumpet, soprano and orchestra; and the Concerto in A minor for violin and orchestra by the unsurpassed J.S. Bach. On the same day, the Raphael Gallery of the Engineer’s Castle will open its doors for a vocal evening by a well-known bass-baritone from Armenia. Both this evening and the gala concert at the Mariinsky Palace Rotunda on June 29 wiLL celebrate the year of Armenia in Russia. 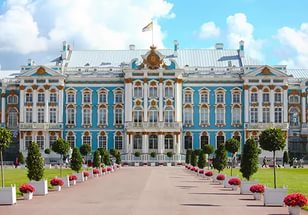 Italian culture will be represented at the festival not only by famous operas, but by a concert of the Italian Saxophone Orchestra titled «Music of Italian Cinema». This concert will be held on July 1 in the Throne Hall of Catherine’s Palace at Tsarskoye Selo.

These are only highlights of the festival. Guests may request a full festival program at the hotel. The festival closes on July 12 with the premier at the Hermitage Opera Theater of Henry Purcell’s Dido and Aeneas.

This year the concerts will further the festival’s goal of uniting beautiful music and architecture in the magnificent halls of the city’s palaces, where true art becomes enchanting.