Cooking as art, science and sport

Cooking as art, science and sport

Ruslan Burmistrov, Executive Chef at the Renaissance St. Petersburg Baltic Hotel, has an idea for a project that has never been done before. The idea is to create a book titled Cooking in Art and Art in Cooking. 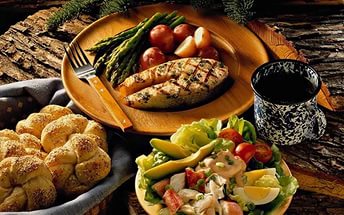 The main idea is the union of two art forms, painting and cooking. Chef Burmistrov sees meaning in the symbolism of both art forms. Painting, and especially Russian painting, is full of symbols. In the culinary arts symbolism shows the chefs mastery of his medium; it is a means of revealing the essence of a dish in allegory. The menu for Valentine’s Day, for example, is full of symbolism. Take bear-meat roulette with foie gras served with sprouts, lingonberry sauce and pine nuts. The message is, «Here a young man comes to a woman. He is strong and energetic (the bear-meat roulette symbolizes a compressed spring) and able to protect her in any situation. The woman sees the man’s sensitive inner self (the foie gras filling the roulette) and his heartfelt feelings (the sprouts). However, she understands that she will never be able to bend the man fully to her will (the lingonberry sauce and pine nuts symbolize a mysterious forest.»

There is no end of work on the project. The chef says, «It’s as if I’m standing at the foot of mountain that has never been climbed and I can’t wait to be the first. Here I am daring to compare my culinary art with the paintings of the world’s greatest masters. How can I? Will it work? Only time will tell. But I accept this challenge of the new without reservations.» Science In May 2006 the hotel — and, of course, the hotel’s kitchen — will be two years old. In that time the executive chef has accomplished so much that it seems he must have been working in overdrive. In record time he has managed to create an effective operation staffed by young professionals. Great strides have been taken in developing modern Russian cuisine. The chef has masterminded an overhaul of the technical processes inside the kitchen. The hotel’s guests may never see these achievements, but they directly influence the level of service and will determine whether guests come down to the hotel’s restaurant in the evening for dinner, or go to the terrace for a snack, attend a culinary festival or order catering for a banquet.

Every restaurant in any country of the world is faced with the task of creating the right high-tech production process where a wide variety of dishes are rapidly prepared using essential equipment that is effectively placed. A poorly designed kitchen leads to high staff turnover. Our chef is certain that «Professionals could but won’t work in a poorly designed kitchen. I wouldn’t work in one.» When people find it difficult to work they are between a rock and a hard place; they find themselves unable to quickly, neatly and properly perform the job they are required to do. But the science of correctly arranging equipment studied by our chef both in theory and in practice has already brought its rewards: the hotel’s kitchen is a very convenient place to work.

What do sports have to do with cooking? First of all, you need a truly Olympic constitution to work in the kitchen of a leading hotel. Working here means taking on considerable physical and emotional stress due to the high speed and volume of work required. Only people with stamina, tough nerves and an iron will can withstand the workload for long. Working in the kitchen is not only a sport, it is a team sport. Being a star player is all well and good, but teamwork comes first. The kitchen, like a hockey team, needs continuity. How could any team reach the major leagues if the lineup changes every month? 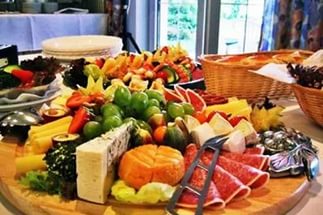 The executive chef and his assistants are the trainers. They don’t stay in the box. Their task is to form a team, train the players, manage the game and be responsible for the results.

How does chef Burmistrov form his team? He looks primarily for personal qualities in his candidates: honesty, decency, a will to succeed, soberness of mind, and the desire to master the profession. Let’s say that today will be a difficult day with several events at once. The executive chef sees a young colleague entering the kitchen at 9 a. m. instead of the scheduled 11 a. m. The chef smiles: «I make a point of asking why he’s come so early. But I’m proud of that person because he understands how things work and what goes on in the kitchen. Those qualities are the difference between professionals and people who are just doing a job.»

Decency in the kitchen can be seen everywhere, even in how the prepped food is left for the next shift. Preparations always have to be made for the next shift. You can do your best for your colleagues («make a good pass»), or you can do the minimum and knock off work. But just going through the motions isn’t enough. When oarsmen row with equal effort the load is evenly distributed. But if you have one or two in the boat who aren’t pulling their weight, the rest of the team has to take up the slack. Such athletes row to the shore on their own. They have no future and no professional prospects. 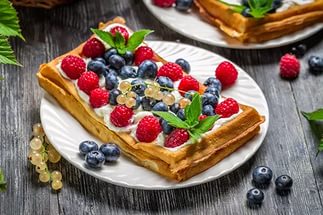 Cooking is an art and, like the visual arts, it is beautiful and timeless. Cooking is also a science that requires a long and difficult apprenticeship. We start out at 16 or 17 but only get to the top of the profession at 30 or 35. Cooking is a sport requiring risk, speed, stamina and teamwork. Now, two years since the hotel’s founding, we have a strong team that is training high-class Russian chefs!